For those of us in the Northeast it’s a been a turbulent weather week! We had two days with over six inches of snowfall and another day of snow is on the way. In any other part of the country weather like that wouldn’t be cause for concern but when even an inch of sweet New Hampshire cocaine falls in Manhattan the entire city completely shuts down. Buses stop running, the subway reduces to a crawl and taxis disappear leaving most of us–if you’re fortunate enough, like me, to have an empathic boss–to take a snow day and work from home. I LOVE working from home. It gives me a chance to catch up on emails, return phones calls, prepare for meetings or the option to not do any of that garbage and just nap all day, which is what I am usually want to do. I imagine a snow day here is equal to a regular Tuesday in Europe. Sorry, Spain, but maybe your country wouldn’t have collapsed financially if every once in awhile someone over there pulled a 10-hour day. That’s right. I said it!

The weekend forecast is calling for yet another storm this Sunday so I’m gearing up for a third day of laying around like a slob and gorging on whatever I can find streaming online. Just like the two snow days before, my poly-cotton blend sweats will be tucked into my wool socks and I will be at a loss for fucks to give so there’s no point in trying to make me feel about my choices, Internet. Like a pig in shit I’m rolling in it!

Here’s my dance card for the next 72 hours. Come Monday I think the title of my soon-to-be-released autobiography will be ‘Death By Netflix: The Unbound Slovenliness of A Man & His Dog; Bed Sores or Bed Scores?’

I actually watched this on Snow Day 1. When I read Netflix snapped up this documentary about a behind-the-scenes look of Mitt Romney’s two failed presidential campaigns I rolled my eyes so hard Janeane Garofalo got a pair of wings. I thought to myself: Self (ha!), no one needs to see a story about a man who lost the Republican nomination in ’08 after he funded his campaign WITH HIS OWN MILLIONS OF DOLLARS only to do it all again four years later and still fail to see beyond the end of his nose. Like, the guy swung for the fences and came up short. OK, that’s a bummer but he was jockeying to be the most powerful man in the world, not trying find a source for clean drinking water or defend human rights in India, so while his effort should be commended that doesn’t mean I need to watch a documentary about it and it certainly doesn’t mean I don’t think he needs to just go away and take his 11 robot sons with him (Evan, calm down!) but apparently I like the sound of the screams in my own head because I did see it and while I’m not totally wrong about the banality of watching a rich man struggling to connect with the people from whom he’s asking to give him power there were some redeeming/revealing moments that made me feel I didn’t totally squander two hours of my life on what is ostensibly a cinematic bowl of whip cream and white privilege. ::Deep, relaxing breath:: Anyway, see it or don’t see it or do see it and then write me an angry email afterward, but if you do you’ll be thankful for every time Ann is on screen. I don’t know how I forgot about her MS diagnosis, but to hear her talk about it in the same breath as her treatment (therapeutic horseback riding) is heartbreaking and hilarious all at the same time. 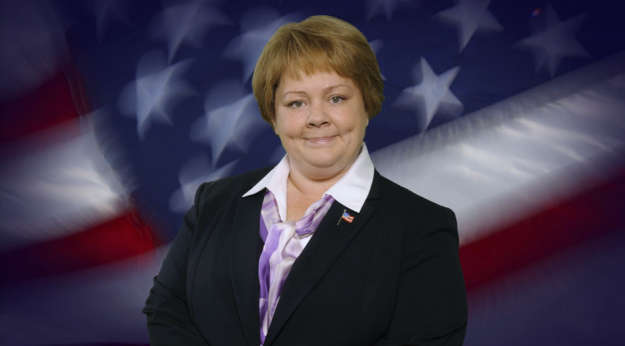 On Snow Day 2 I started hacking away at my Hulu queue, which is really just a pile of all the stuff that makes me snort-laugh but which is probably actually rotting my brain from the inside out, like how a microwave leaves a nugget of ice in the center of a burrito: The Mindy Project, New Girl, Family Guy, SNL, The Only Way is Essex. Sometimes SNL doesn’t always deliver (which is devastating when people like Diane Keaton sings Woody Allen a famous children’s song at the Golden Globes and they don’t rake her over the coals for it) but they took on the Michael Grimm scandal to hilarious effect with Melissa McCarthy as former Middle Delaware State basketball coach Sheila Kelly. Watching her hijack a squad car and shoot out security cameras was the best apology television could’ve made to my eyes since watching the Grammys, so I’m very thankful for this episode and will most definitely rewatch it over the weekend.

If Quentin Tarantino and Wes Anderson had a baby and that baby was delivered stillborn it would be Eagleheart. I only recently learned about it from Julie Klausner’s podcast and I can’t get enough of it. In it Chris Elliott plays a US Marshal and if you can picture Chris Elliott as a US Marshal then I’m not sure why you’re even still reading this because somewhere out there Chris Elliott is pretending to be a US Marshall and that’s better than anything you can find on this blog. The last four episodes of season 3 are up on Adult Swim and you can stream the rest of the series at Streamallthis.

I haven’t seen Metropolis since I was a kid but on Snow Day 2 I found Netflix is streaming it and if a dark, dystopian, German expressionistic sci-fi film doesn’t call out to you on a cold day when you’re bundled in bed with your pooch on one side and a bag of Lay’s Sriracha flavored potato chips (AKA heaven in a sack) on the other then, friends, I don’t know what will. Of course total class warfare lunacy is not what I need to watch when I’m stuck inside and grappling with cabin fever but I also don’t need to spend hours online agonizing over the Louis Poulsen pendant I can’t afford, so watching Metrolpolis will be the better of two evils. Somewhere Fritz Lang is rolling over in his grave.

I’m so behind! I think I’m somewhere around episode 6 of season 3 and now that season 4 is nearly finished trying to avoid any accidental spoilers is like playing Russian roulette with my heart each time I open my computer. (PS If anyone–ANYONE–emails me a spoiler may God have mercy on your soul because I will hunt you down and wear your undercarriage like a mink stole. A mink. Stole.) You know what? I’ve changed my mind. I’m not watching anything else but Downton Abbey this weekend. Lady Mary is Public Enemy No. 1 for me come Sunday.

Yes, I was that person you heard cackling obnoxiously on the train last year while you were quietly and politely making your way to work. You probably looked over and thought, ‘How did Phyllis Diller resurrect herself and find her way into the bowels of the New York City subway system? What? That’s not Phyllis Diller? Really. Who? Evan who? Just some asshole reading Bossy Pants and having zero respect for anyone else around him? Oh, ok.’ and then went about your day. I know this film got absolutely skewered when it came out but it just went up on HBO Go so, you know, there goes my Sunday night, lost to Tina Fey and her chin scar. How did I not know this film was about a woman forced to come to terms with her life when a man ambushes her with the child she gave up in college and uses her secret baby against her to get him accepted into Princeton? Oh that’s right because it was marketed as a rom-com since Hollywood’s archaic, warped gender politics can’t comprehend a complicated–layered? nuanced? How about unconventional–female-driven story without reverting to stereotypes. Whatever the case may be from the synopsis alone it sounds like Tina Fey may well be on her way to starring in Lars Von Trier’s next film and I am all in!